On the 11th Day of Diabadass

Say hello to Manny Cota! Manny joined One Drop in February 2017, and has been going strong ever since 💪

Everything you need to know about Manny Cota

Here's your need-to-know background info: Born and raised in California & Arizona, Manny loves baseball. L.A. Dodgers is his team. For life. 🤘 All other sports and teams are merely secondary. His favorite, in-a-perfect world delicacy? Pastries! (Can't say we disagree) And during his weekly cheat-meal, you'll more often than not find him eating a couple of slices of pizza.

So, what's Manny's deal with diabetes?

Manny's been doing the type 2 diabetes dance since 2013(ish). He was terrified upon diagnosis. But, after attending a few classes over a 7-week period, Manny felt more informed and encouraged about the future of his diabetes management. For a while, he was crushing the BG-checking game.

But, admittedly, he stepped away from it after a while. It wasn't until Manny started physically feeling the aches & pains from neglecting his diabetes that he decided to make drastic changes. Since changing up his dietary strategy, picking up a gym habit, and joining One Drop, Manny's been able to get his A1c back on track. In fact, he went all the way from a 10.8 to a 6.1! In his own words:

"I've been a Member since March 5th 2017. I feel grateful to be part of a community where you have support 24/7. Plus it's easy to use on tracking your meals and activities. I did make the right choice to join the One Drop community. With their application and with the support from my personal diabetes specialist I have been able to bring my A1C to a 6.1." 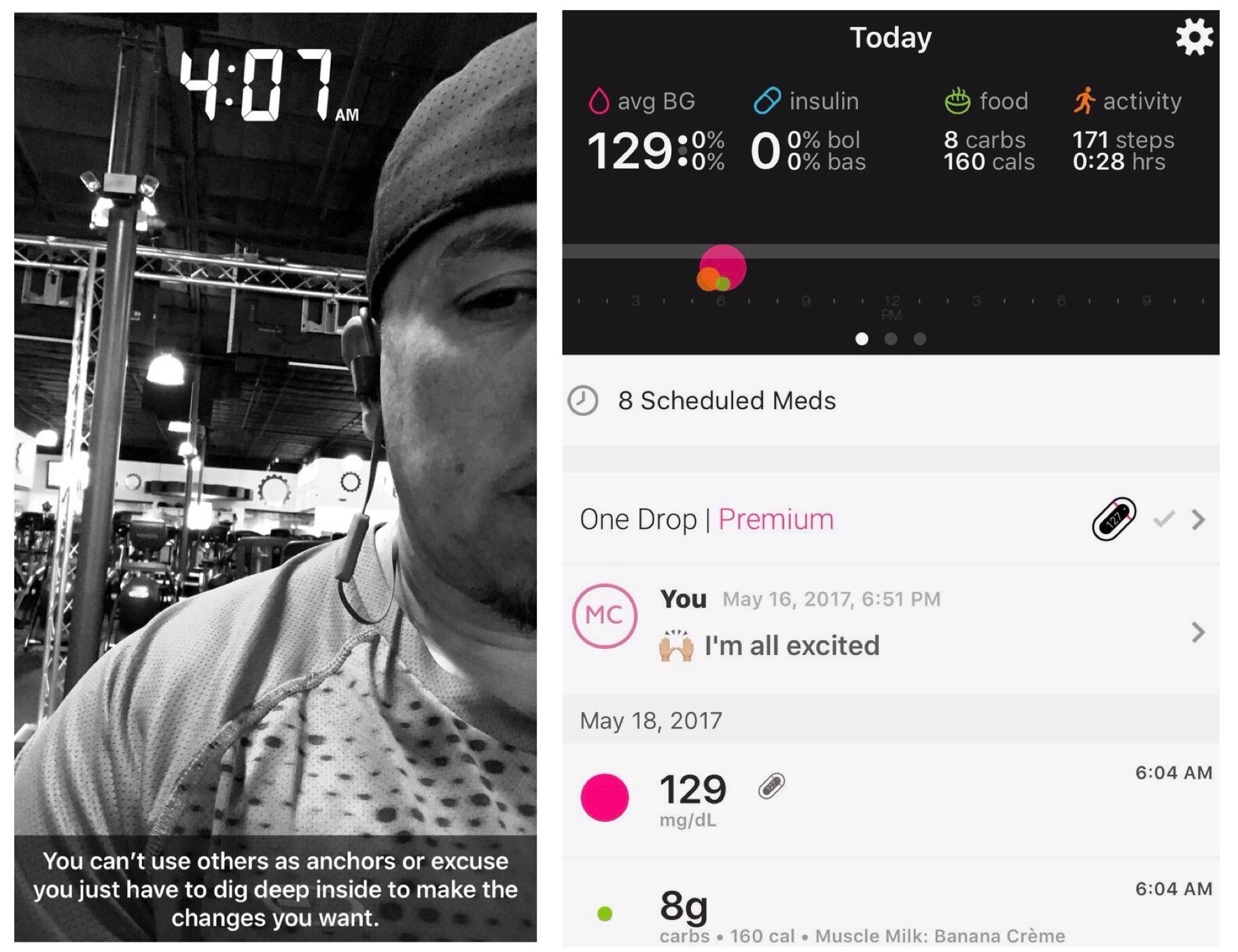 Beyond his One Drop | Expert, Manny attributes his diabadass success to the gym. Without fail, Manny goes to the gym every morning at 4am, for two hours worth of exercise. Not only that, but Manny also makes time for the important things: his family and his DJ side-job. This guy is constantly on-the-go, but that doesn't stop him from doing what he loves, being with who he loves, and taking time every day to manage his diabetes. Manny Cota is truly a diabadass. For all the Manny inspo, check out his video below! 👇