The Most Delicious Low Carb Scrambled Egg Recipe. Ever. Because we love low carb. We see the devil in the BG details as people living with diabetes, so we know actually, literally what carbs will do to our blood sugars. Just ask us to eat a donut and do some checks! It's kind of incredible, really, to watch the scientific effect carbs have on your own body. Which is exactly why we are so into low carb eats. Then there's no experiment! No rollercoaster! 🎢 It makes living with diabetes that much simpler.

Speaking of low carb, we're always up for a good old-fashioned scramble. Egg scramble, that is! Eggs are naturally low carb; technically speaking, they are no-carb. Even. Better. But rather than stick to the same low carb scramble routine, why not spice up your egg-a-day everyday with a new egg platter? We got you. 😉 Here is the most fantastic low carb scrambled egg recipe, ever.

For our purposes, we made a super egg scramble for 3. But thankfully, this recipe is super flexible! Feel free to modify as needed. For 3 servings: 6 eggs 2 avocados 12 oz bunch of spinach 8 oz sharp cheddar cheese 1 jar of salsa 16 oz bacon half and half pepper salt olive oil 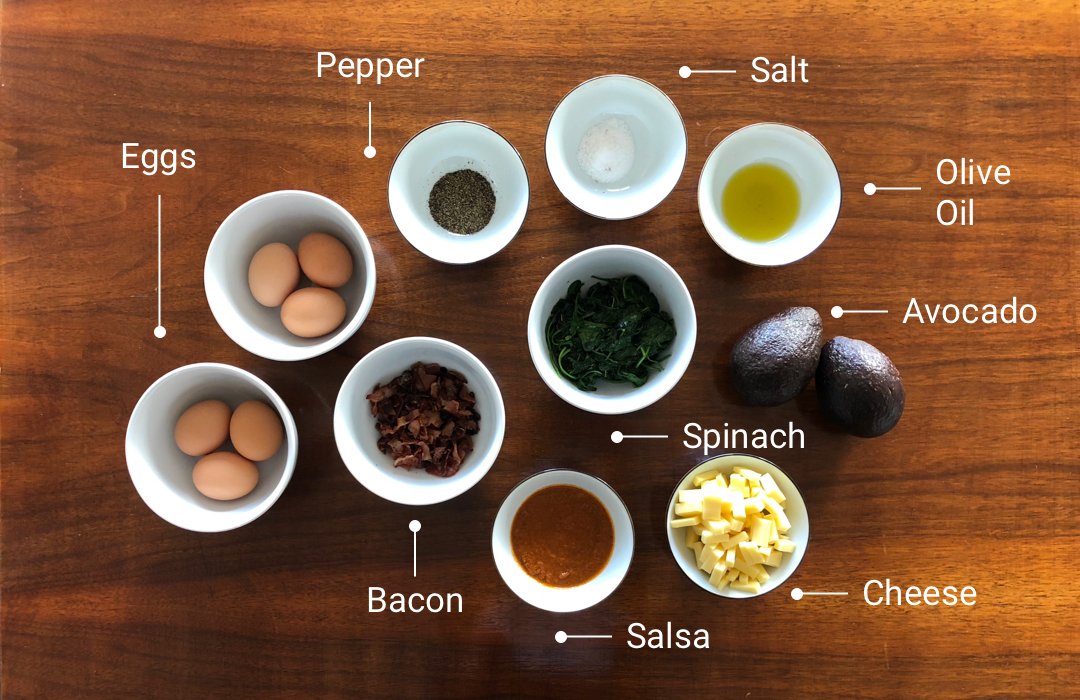 Lay out all strips of bacon on a cold pan; place them so they are touching and crowd the pan a little. Cook the bacon low & slow on your stovetop. As the bacon strips begin to curl, flip the strips so that they brown easily. Let the bacon sit until cooled. Once cooled, break the bacon into fresh, small bits.

Rinse the spinach and drain well. Heat the oil in a skillet large enough to hold all the spinach. Add the spinach. Cook over high heat. Stir rapidly, until the spinach is wilted and most of the moisture has evaporated.

PRO-TIP: Don't be surprised when that huge bunch of spinach turns into more of a very small clump of spinach. You did it just right! 😉

Crack eggs into bowl. Beat eggs until blended. Add pinches of salt & pepper as desired. Add a tablespoon of half and half. Beat until all ingredients are blended. Add olive oil to a large, non-stick pan so that the olive oil covers the entire pan. Set stove to medium heat. Add egg mixture. Add bacon bits. Add spinach leaves. Add cheese. Cook the eggs and all ingredients — lift, chop, fold — until no liquid remains. Now, to see the method to the scramble magic, check out our video above! NOTE: We include avocados as a side, and they technically have carbs... BUT they are super low-glycemic, so unlikely to cause a blood sugar spike. Experiment to see how your body reacts!  😉