Looking beyond A1C: How to best evaluate new diabetes meds [David Rodbard MD is an endocrinologist who started developing computer programs for analyzing glucose data in the mid-1980’s. He’s worked with multiple companies developing glucose meters and CGMs, and has developed a dozen new methods to display blood glucose and insulin data. Currently, he is working on artificial intelligence systems to interpret blood glucose, insulin, medication, food, and activity data – similar to the analysis and data used in One Drop.]

I was really excited when asked to speak at the 2016 Advanced Technologies and Treatments for Diabetes (ATTD) conference in Milan. The topic? What I believe to be the most serious issue for people living with diabetes: low blood glucose.  How do we get organizations like the FDA to give hypoglycemia the attention it deserves?

Would you choose a drug that was guaranteed to lower your A1C, but also caused lots of nighttime lows? Wouldn't you prefer a drug that achieved the same decrease in A1C with a much lower risk of lows?

The FDA is charged with ensuring the safety and effectiveness of new drugs and devices. But, for some reason, they have focused almost exclusively on effectiveness when it comes to new diabetes treatments.  Simply put, FDA's primary focus has been on reducing A1C. Now, A1C is definitely an important consideration -- we all know that the lower your A1C, the lower your risk of long-term complications. So, as far as evaluating the effectiveness of new medications, A1C works fine. But you can’t just keep increasing your insulin dose in order to lower your A1C. Anyone who does this will quickly run into a major short-term, immediate complication: hypoglycemia.

Hypoglycemia is annoying, frightening, and can even be life-threatening. It is the problem that causes people with diabetes, their families and loved ones, the greatest fear, and dread. And, it is not safe. Things have changed a lot over the past 20 years. We now have plenty of tools to lower blood glucose levels and A1C. The major advantage of many new and upcoming diabetes treatments is not that they lower A1C, but that they lower A1C without increasing the risk of dangerous lows. It's the best of both worlds!

New Basal Insulins: a recent example of the FDA’s  excessive focus on A1C

Until recently, the only long-acting “basal” insulins on the market were Lantus™ (glargine) and Levemir™ (detemir).  Though they are both much better than their predecessors (e.g., NPH), Lantus and Levemir only last for 16-22 hours, so many people need to take two shots of these insulins each day. Fortunately, two new forms of basal insulin became available in 2015: Toujeo™ (glargine U-300) and Tresiba™ (degludec). After injection, these insulins are fully effective for 20-24 hours and 30-40 hours, respectively. This alone is great news -- now more people will be able to get by on just one shot of basal insulin per day.

But there's more! Toujeo and Tresiba affect blood sugar more predictably and consistently than older types of long-acting insulin, with less variability from day to day and from person to person. This predictability, consistency, and reduced variability significantly reduce the risk of hypoglycemia compared to Lantus and Levemir.

Unfortunately, the FDA did not permit the Toujeo or Tresiba manufacturer to inform anyone of their lower risk of hypoglycemia, even though these findings were clearly demonstrated in various clinical trials from investigators throughout the world and published in several leading medical/scientific journals. So, what gives? Why would the FDA hide a critical piece of safety information from the people who need a predictable long-acting insulin?

Moving toward a more holistic approach

Fortunately, lots of attention was brought to this issue during the 2016 ATTD conference. I participated in a session titled, “Is It Time to Move to Time in Range as the Main Glycemic Control Measure?” Answer: Yes, it is. 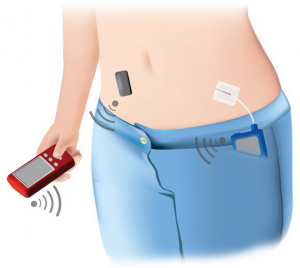 So, we're in agreement! A1C and risk of hypoglycemia should be evaluated at the same time. By focusing on that percent time in range, rather than just A1C, we'll have access to more critical measures in diabetes management. New diabetes treatments would be evaluated more fairly, and people with diabetes would have the information they need to make better decisions about their health. It’s the FDA’s responsibility to protect the public health by ensuring the safety and effectiveness of all drugs and devices. In diabetes, it’s time to move toward a safer, more holistic approach that examines hypoglycemia risk and A1C, and we feel confident that the FDA will rise to the occasion.