The Lifespan of a Lancet How often do you change your lancet?

Ask ten people with diabetes how often they change their lancet, and you’ll likely come away with ten different answers.

Some people prefer to change their lancets with each use, some prefer a daily, weekly or monthly swap, and some go even longer. Out of all the diabetes to-do’s, lancet changing practices probably vary the most person to person. 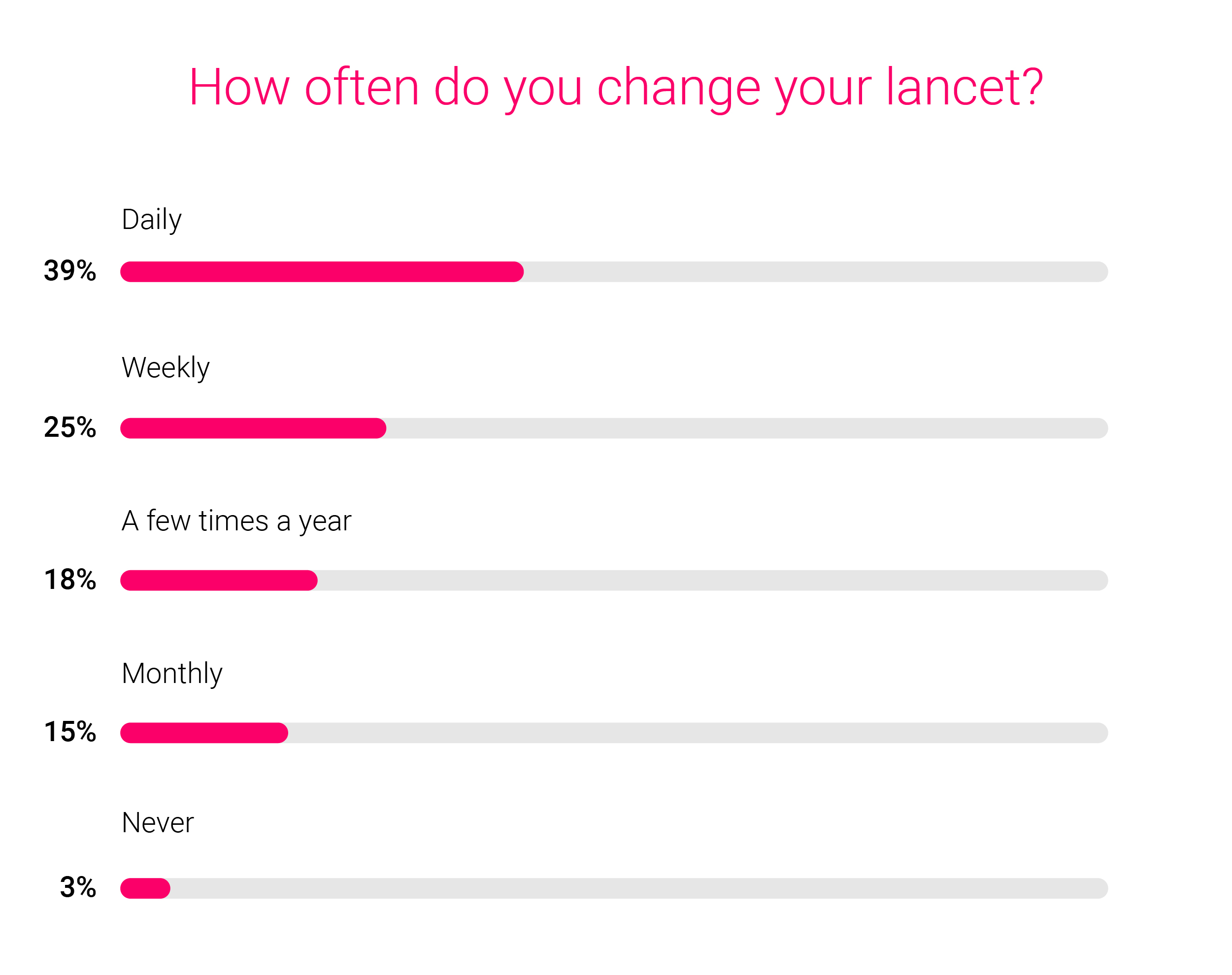 So, what’s the right answer?

Well… it depends on who you ask.

The technical answer, according to manufacturers and most healthcare providers, is to change your lancet with each use. This is a precautionary recommendation meant to guard against painful fingersticks, changes in the skin, and infection.1,2,3

However, home glucose testing has come a long way from when it first became available in the 1980s. Nowadays, meters require much smaller blood samples, lancing devices deliver shallower pokes, and we have better lancets.

While it's true that any needle used multiple times will become dull and require more force, many people do not notice a major difference after using the same lancet for multiple pokes. A simple rotation of fingerstick sites (use each side of the pad of the fingertip) can help guard against skin changes from dulling lancets. And, as long as lancets are used by only one person (whose hands are clean), the risk of infection is very low.

(For what it's worth, even a study on syringe re-use concluded that "diabetic patients frequently reuse disposable syringes, without apparent harmful effect.") 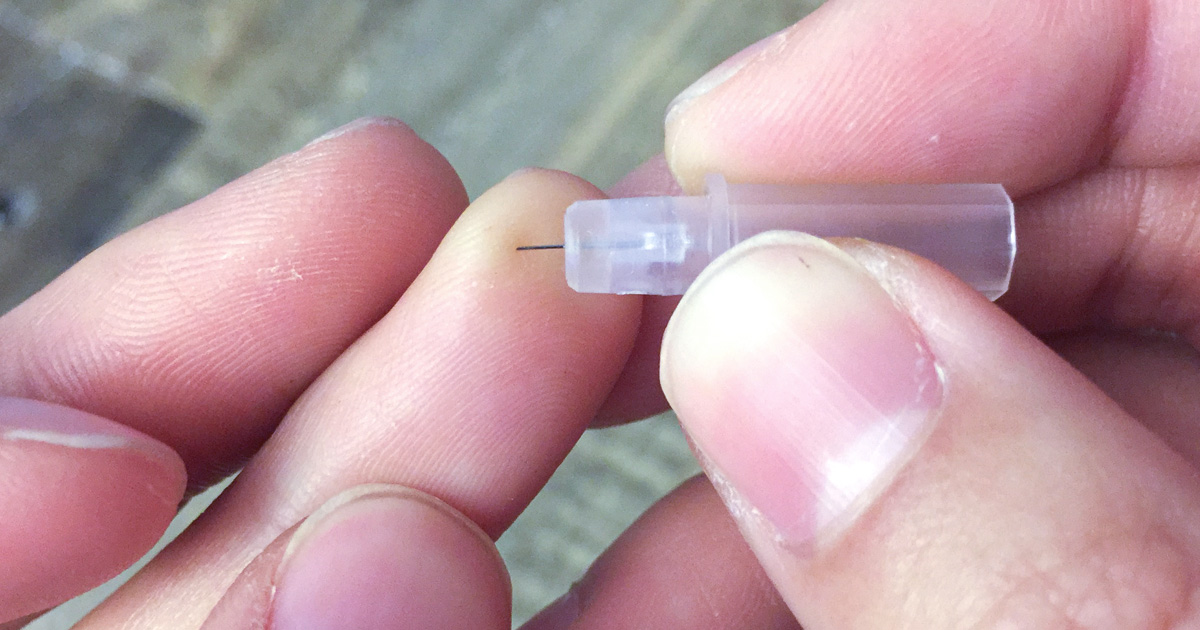 In daily life with diabetes, sometimes there’s no convenient place nearby to dispose of a used lancet.

Sometimes there are no new lancets on hand to replace one we’ve just used.

And, let’s face it, sometimes we may just not want to.

In the grand scheme of things, a fresh lancet is not as critical to your health and well-being as the many other self-care tasks on your plate, like taking medications and counting carbs. If reusing a lancet makes it any more likely you’ll check your blood sugar, it’s fine to let it linger a little longer.