Skip to content
Your cart is empty.
Access Denied
IMPORTANT! If you’re a store owner, please make sure you have Customer accounts enabled in your Store Admin, as you have customer based locks set up with EasyLockdown app. Enable Customer Accounts
Diabetes, Healthcare, Meds If you haven't heard of Rob Howe, you've been missing out. His weekly podcast series, Diabetics Doing Things, is a testament to all things diabadass. Rob interviews people living with type one diabetes all around the globe, highlighting the amazingly astounding things they're doing, while also living with diabetes. He's covered over 1,000 years of living with T1D on his DDT podcast, and it's just a side-gig of his! Now, Rob's taking on another side-gig: his very own Over-The-Counter T1D Challenge. 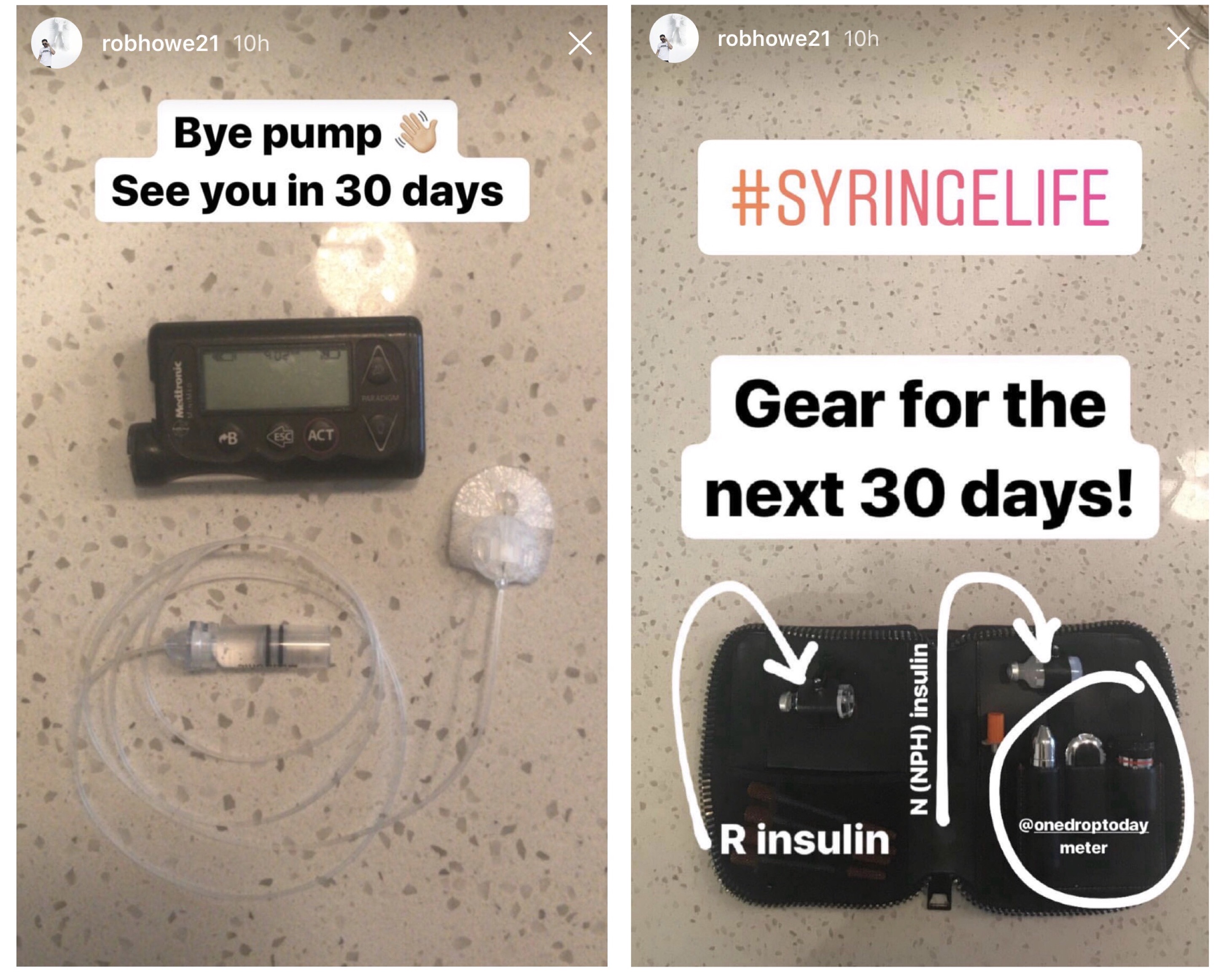 In other words, Rob is going all-in for a mini-documentary series where he's going 100% on over-the-counter diabetes meds. As all of us living with diabetes know, diabetes medications and supplies are expensive. Unaffordably expensive, insurance or not. Rob felt, though, that while there's plenty of documentation out there about living life with diabetes on insurance, there's little to none regarding life without it, much less managing diabetes solely on over-the-counter supplies. So he's changing that. Bring on #OverTheCounterT1DChallenge. 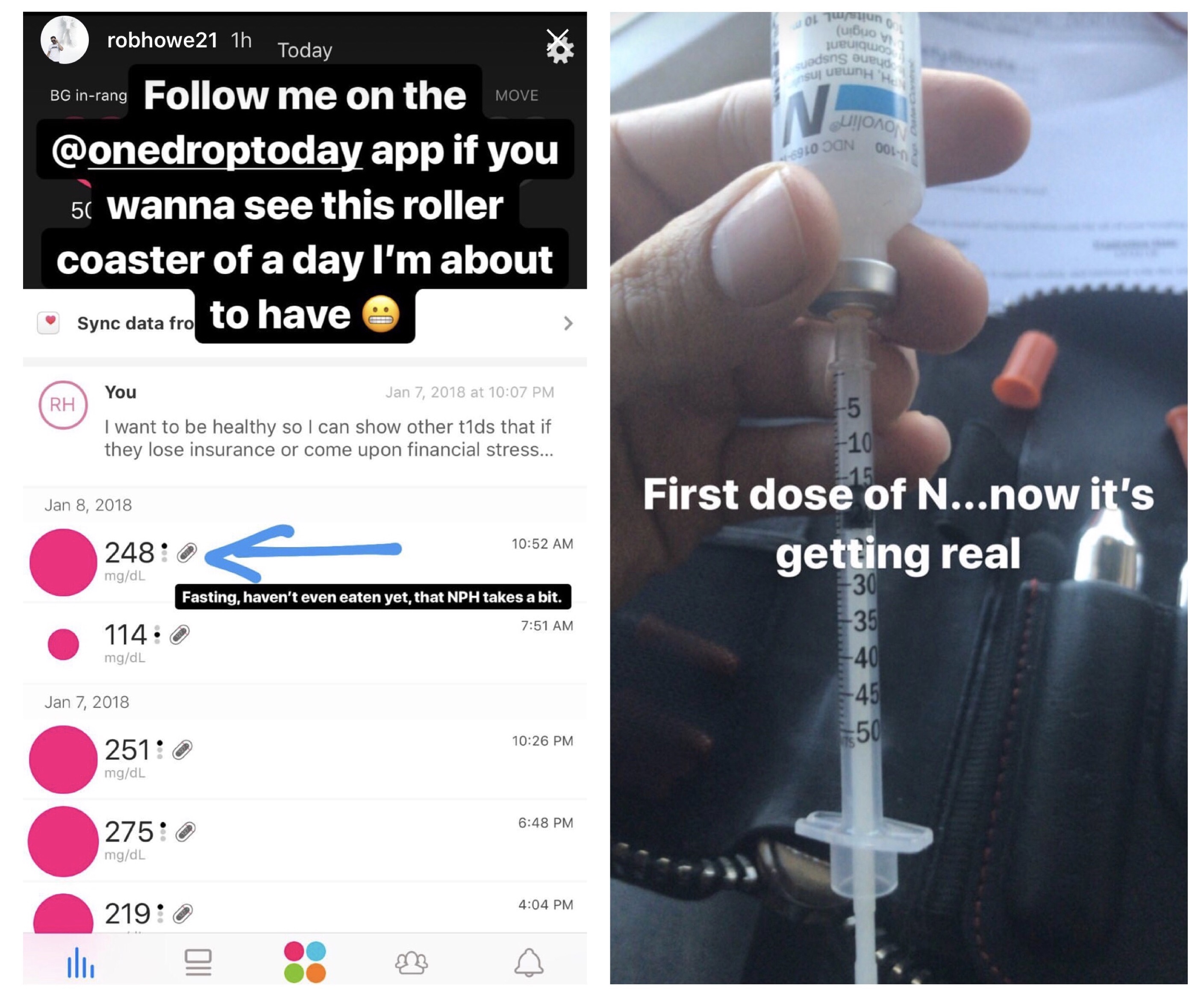 For the next 30 days, Rob Howe will be using only R (short-acting)and NPH (intermediate-acting) insulins (along with syringes) for any and all insulin dosing, as these insulins are available without a prescription or insurance. Usually hooked up to his Medtronic Paradigm 24/7, Rob is cutting the cord ✂️ He'll also be checking his blood sugar with his One Drop | Chrome meter and test strips, which are also available without prescription or insurance. He'll also have the ability to check in with his One Drop | Expert on his One Drop app in case he needs any info or feedback for his new regimen.

The result? We'll see! But it's a pretty radical attempt to treat diabetes for an out-of-pocket cost less than $150 US per month. And we can all follow along every single day! Keep an eye on Rob's Instagram Stories and his Diabetics Doing Things YouTube channel for all the real-time updates. We are (un)pumped to see what he finds 😆